Man, it’s been awhile since I’ve done a proper course write up – but after playing Waverley Country Club for the second time, I realized it was time to change that.

For the past few months I’ve been all over the place doing work for my main business, and aside from a week at Bandon – haven’t done a whole lot of golf travel. Gonna need to make up for that later this year.

So with nearly a dozen Top 100 Courses that I’ve played and still need to do a write up on, why on Earth would I be writing about a relatively little known private course in Portland, Oregon?

Well, the short answer is that it’s one of the most enjoyable courses I’ve had the pleasure of playing over the past couple years.

Last October I played Waverley Country Club for the first time, and despite not having a real strong round I loved the course.

Last week I got the opportunity to play it again on a perfectly clear 60 degree day, with no one else on the course.

Quite simply, I fell in love. Everything from the setting to the architecture just clicked for me.  So much so that it passes Pumpkin Ridge as my favorite Portland course, and moves it into the Top 10 of any course I’ve played.

Before I start talking about the course, let’s look at a brief history of the club.

Waverley Country Club was established in 1896 making it the oldest private club in Oregon. It sits on a unique piece of property in Southeast Portland, right along the banks of the Willamette.

I remember taking a boat down the river before I was a big golfer and just looking in wonder at that course thinking, “man, what course is that?”

As I got more engrained in golf and the community here, I quickly learned it’s the most exclusive golf club in town – and because of that, one of the toughest tickets to get onto.

The original course was designed by Chandler Egan who did the initial routings for many notable west coast courses (Eugene Country Club, Columbia Edgewater, my home course Riverside, and even did some work on Pebble Beach).

Over the years however, the design morphed and up until 2012 wasn’t necessarily regarded as one of the premier courses in the area, despite the history and setting.

In 2012 however, Gil Hanse was commissioned to restore the course to it’s former glory.  While I never played it pre-renovation, I must say the work he did was incredible.

One of the more drastic changes were of additional fairway and cross bunkering on many holes that adds a classic strategic element that I’ve rarely seen in Pacific Northwest courses (all of the Bandon Courses being the notable exception).

This is most prevalent on the 13th and 17th – both par 5s, that now force you to really think about how you’re going to play the hole.

Related: Best Golf Courses in Oregon – Everything You Need to Know

Even though I consider it to be one of the very best courses in the country, Waverley Country Club doesn’t get much play in the grand scheme of things. There are no formal tee times, as most members just arrange their games on the practice tee.

We were instructed that we’d be able to tee off between 12 and 1, and after meeting up with two other members of my club, we got to the first tee.

The first hole is one of my favorite openers anywhere.

It’s a short par 4 at only 333 from the blacks, but a bunker jutting out on the right forces you to think about whether you want to go full driver or layup with a hybrid or wood. Your approach is then a slight dogleg to the right with a big bunker guarding the front in a small amphitheater setting.

Strategy-wise it’s an excellent introduction to what Waverley is all about, for the most part, not overly long, but with many different ways to play every hole.

The par 4, 362 yard third is another favorite with a fairway bunker on the left forcing you to take enough club to clear it, but a row of bunkers on the right will hurt you if you launch it too far through the fairway. It then has one of the most severe greens I’ve ever seen with a hard slope to the right. When green speeds are up in the summer, this hole is bound to get some complaints – but I think it just forces you to consider the pin location and leave it below the hole. Not in the left bunker like I did… Five is another notable hole in the sense that it’s one of my favorite holes on the course from the blues, but my least favorite from the blacks (I played blues the first time around, and blacks last week.

The 5th is the most narrow, treelined hole on the course, and from the blues plays as a very short par 5.  This gives the higher handicap a legitimate shot at getting there in two, should they take the risk to do so.

From the blacks however, it’s a 463 yard par 4 that is punishing on anything other than a long, straight drive.

From there, it’s easily one of the most difficult holes I’ve played. The 5th from the Black tees

The short par 3, 9th was one of the biggest changes on the course. A deep ten foot bunker was built to guard the front of the green, and while the hole isn’t long and the green is pretty big, this bunker is enough to play some serious mind games with you.

Luck was on my side this round though as I left a wedge to about 4 feet and putted in for the first birdie of the day. 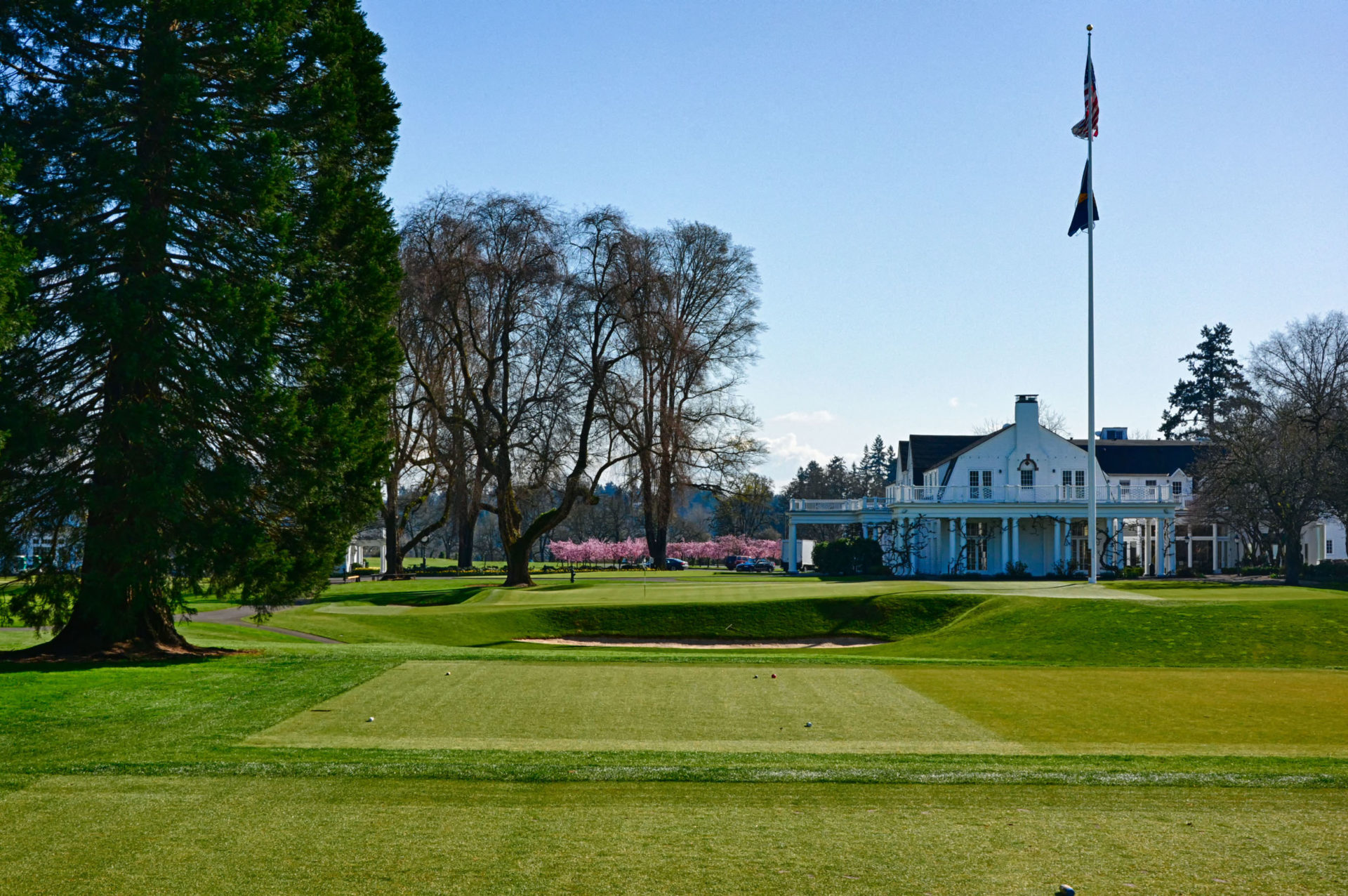 The view from the teebox on #9

11 is another notable par 3 with a green sloped severely back to front. Anything not in the middle to the back of the green is sure to roll off.  A large, links style mound guards the left and a deep bunker on the right.

Similar to #3, you’ll hear golfers complain about the fairness of this hole, but honestly I think it just rewards a well placed shot.

If you’ve read my reviews before, you know that I like fun golf courses where there’s lots of different options for how to play any given hole. The short par 5, 13th is a great example of that. The tee shot is pretty open, but just over the ridge is a fairway bunker that sticks out and can swallow a seemingly perfect shot.

If it’s your first time it could seem unfair, but again, it rewards shot making, and makes you think about taking a little bit less club off the tee.

The fairway bunkers from within 175 yards also make the decision to layup or go for it in 2 that much more difficult.

But I love the inclusion of par 5s that are reachable in two for the average golfer, I think this is a perfect example of one.

The only complaint is that it really is too short for the scratch player, and usually plays as a par 4 in tournament play. 16 through 18 represent one of the best finishing trios in Portland (on par with Ghost Creek for my favorite).

16 is a downhill, long par 3 that looks straight out at the Willamette River. Not overly difficult aside from it’s length, but dialing that in with the downhill shot can be tricky. 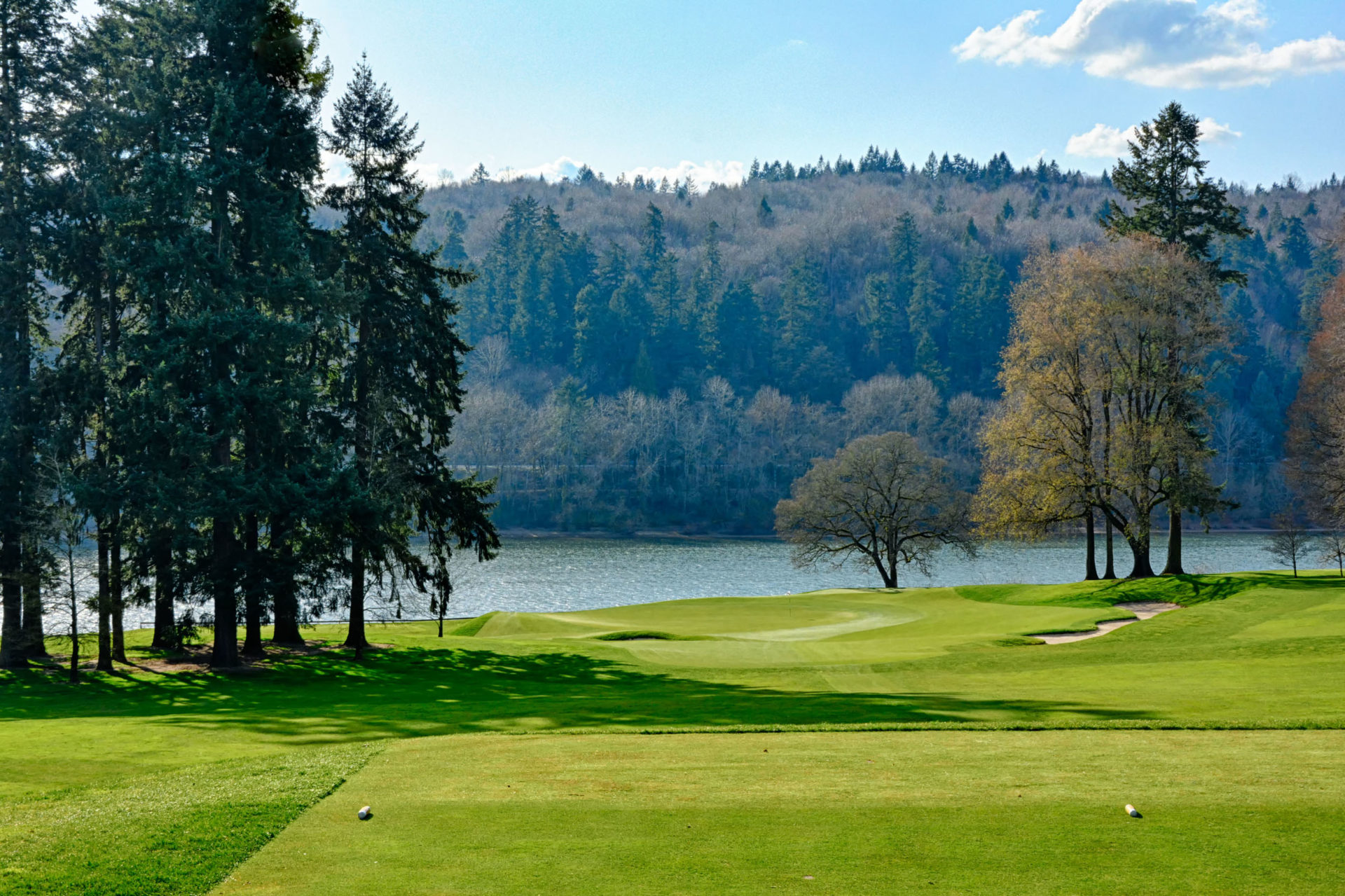 Looking down at the 16th green.

17 and 18 are back to back par 5s that despite both playing along the Willamette are very different holes.

17 might be my favorite hole on the course.  There are three cross bunkers guarding your tee shot, so you’ll need to weigh the risk of trying to clear them.

The green is severely two tiered and plays dramatically different depending on the pin location. It’s over 50 yards deep, so you could be looking at anything from a wedge to a 6 iron depending on where you layed up. 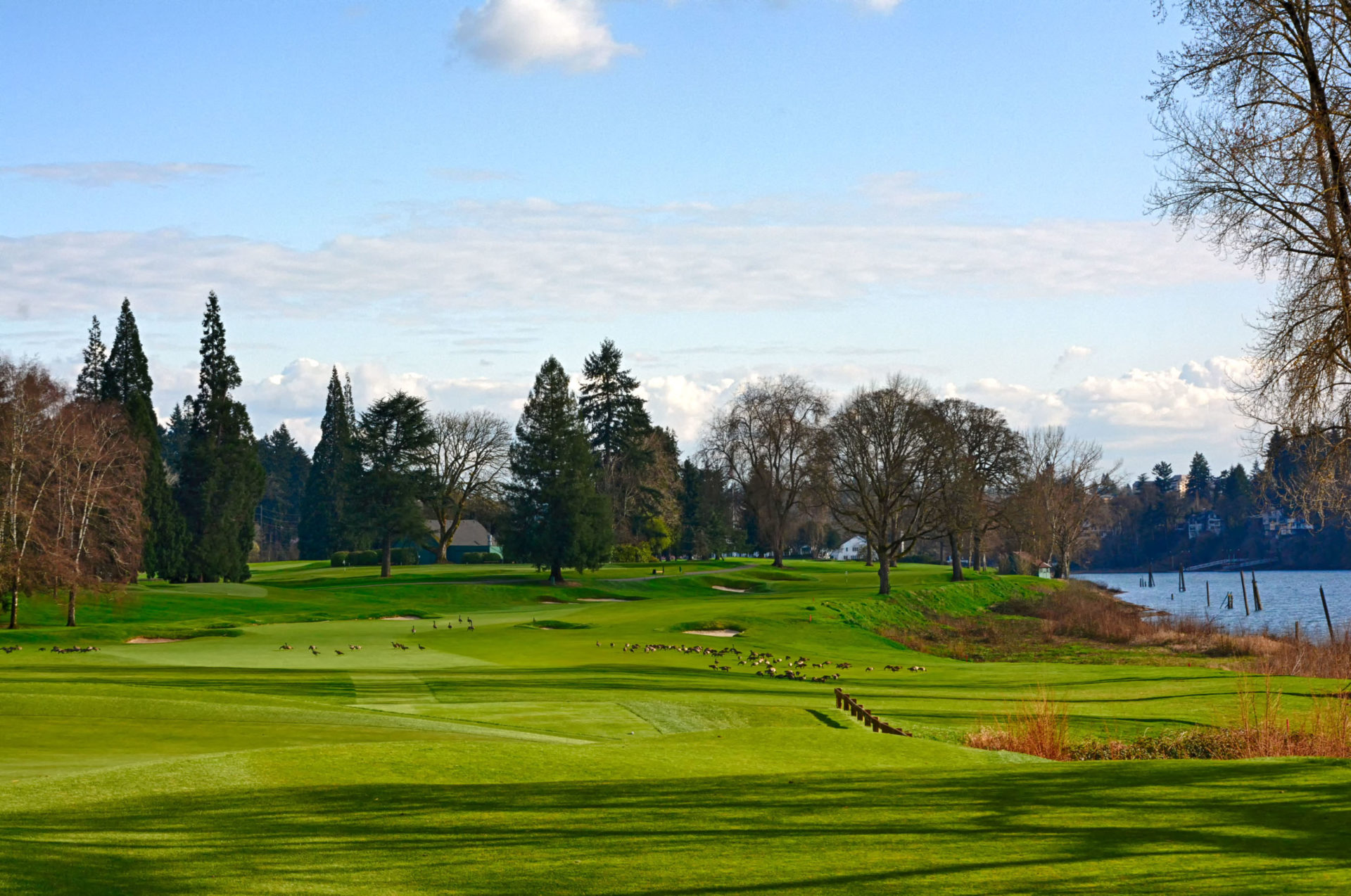 The beautiful 17th along the banks of the Willamette River

I’ve had plenty of memorable golf rounds, but only occasionally do you get to have that special round where it makes you flat out sad that it’s ending. I had this feeling at Hudson National, my sunset round at Bandon Dunes in January, and playing the historic North Berwick – to name a few.

But that’s exactly how this round at Waverley Country Club felt. The course was fun, strategic and blended classic and modern schools of thought in a way that I hadn’t really seen on a golf course before.

If I had the option of joining any club in Portland, it wouldn’t even be a question – this is the course I’d want to play day in and day out. If you ever have the option of playing, drop whatever you’re doing, and run out to Waverley.  You’ll be treated to a golfing experience that is second to none. When you step up to the 14th tee you’ve got a nice view of the water, and the bunkers are positioned below the hole making for interesting visuals.

There are bunkers surrounding the entire green, but the one right in front is actually setback from the green a little ways and isn’t a true grenade bunker. This can lead to you choosing less club than you really need. A look at the 14th green

Even though there’s nothing extremely special or out of the ordinary about this hole, I think it’s the perfect opener and is just as likely to yield a bogey as it is a birdie.

Stepping up to the 17th tee (which plays over the 16th green), and looking out at the masterful bunkering and gorgeous views of the river, it’s hard not to get a little sad that the round is ending.

The green is one of the most unique on the course, and it’s quite simply a fun hole to play.