Merion Golf Club: Does it Live Up to the Hype?

Merion Golf Club in Ardmore, Pennsylvania, is quite simply one of the very best golf courses in the world. In fact, it’s also one of my personal favorites, as I have it ranked #3 in my top 100 golf courses list.

So there you go, we spoiled the headline already. Yes, it lives up to the hype (and then some).

Situated on only 126 acres, it’s also widely considered to be the best golf courses in the world on such a small plot of land.

It was the first round we played on our Philadelphia golf trip, and by a pretty wide margin – the best.

If you’ve followed this site, you know that I have a love for “fun” holes – and the vast majority of the holes on this course are a blast. The approach on hole #7 at Merion 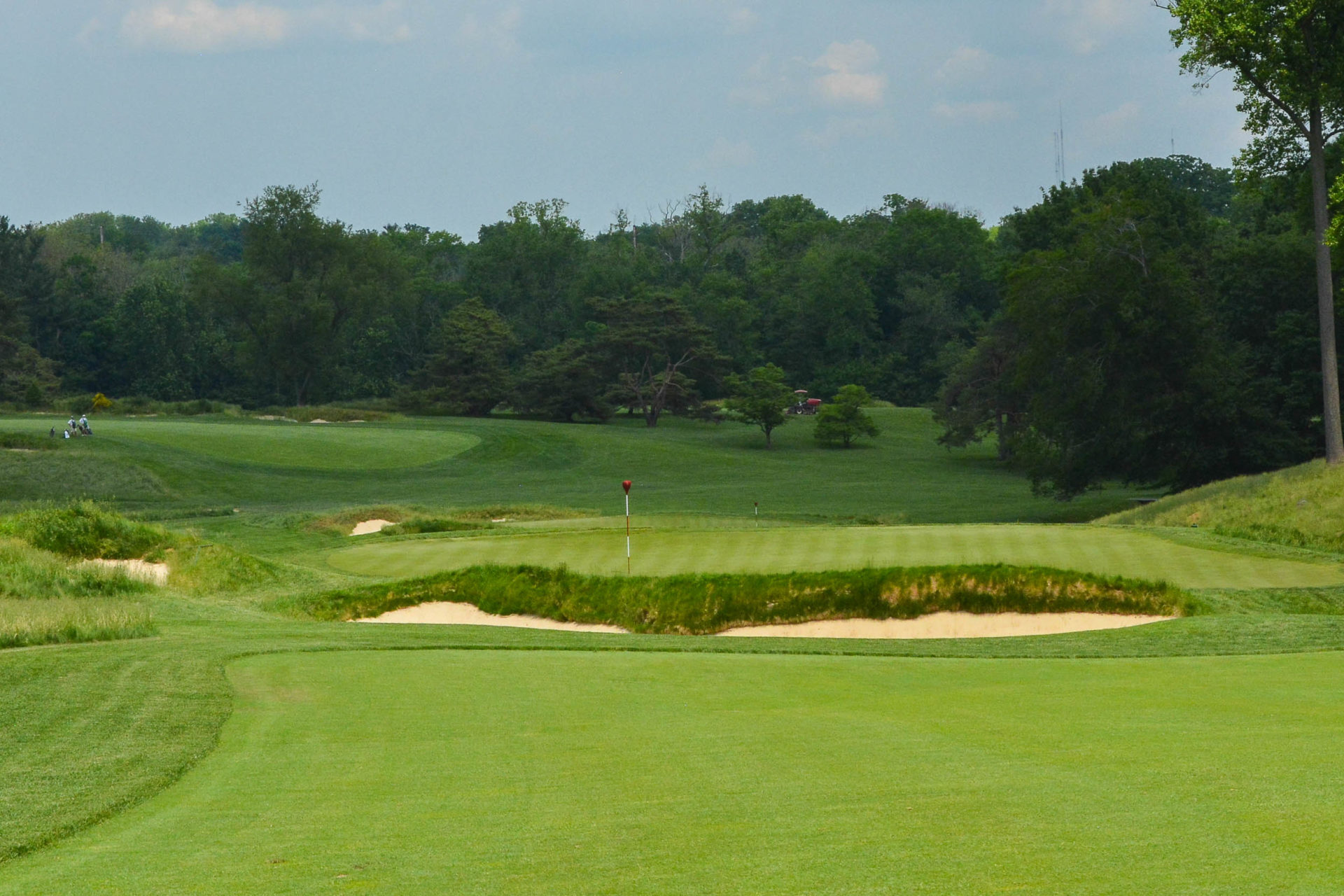 The approach on #8 at Merion.

It’s safe to say Merion lived up to it’s expectations and then some. As I was going through my favorite holes of the trip, it was tough to not just make it one giant list of Merion holes.

Memorable Moments We Had at Merion Golf Club:

Merion lived up to extremely high expectations, and quite possibly even exceeded them. It will easily make the top 5 courses I’ve played, and I just hope I have the opportunity to play it again in the future. The approach on number 11 at Merion The nervewracking appraoch on the par 5 4th at Merion. This is one of only two par 5s on the course, and the last on you’ll see. PJK himself teeing off on #2 at Merion.

One of the most notable things about Merion Golf Club is its lack of traditional flagsticks. Instead, they use wicker baskets. No one knows the true origin of the wicker basket flag sticks but a number of theories are out there.

One being that course architect Hugh Wilson happened upon local sheep herders in England while studying courses in the area. They used wicker baskets to put their lunches in so that animals couldn’t steal it. He liked the idea, so he kept it! The one and only @pjkoenig and I looking clueless at Merion with the famed wicker basket flag stick.

In 2018 the East Course at Merion Golf Club closed for the better part of a year so that Gil Hanse and his team could perform restoration work. This included a number of changes, with some of the most notable being:

Overall the changes are subtle, but reports since it reopened are that the course is even better than it once was.

Check out the other courses from our Philly Trip: