10 of the Most Underrated Golf Courses in the World

These days there are no shortage of people sharing their opinions on golf courses.

And personally, I love it.

Golf is such a subjective thing, that it’s always interesting to me to see what types of course people like, don’t like – and why.

I’ve been fortunate enough to play a lot of fantastic golf courses.

And every once in awhile I come across a course that surprises the hell out of me.

One of those courses that makes me say “how is this place not talked about more.”

Or maybe it’s a course that is well known, but makes me think “I knew it’d be good, but I didn’t know it would be this good.”

I get asked a lot about some of my favorite hidden gems, or courses I think should get more love than they do.

So I figured I’d put together a little list of my top 10 most underrated golf courses in the world.

It was actually a surprisingly tough list to create. I had a long list of honorable mentions, like my sentimental favorite Tokatee Golf Club, the wonderful Creek Club on Long Island, or the Philly gem Rolling Green.

But I did the hard work of narrowing it down. Keep in mind, as with most of the lists on our site, these are only based on the courses I’ve actually played. Also, these aren’t listed in order of “best” courses, but rather how underrated they are based on the recognition they already get.

10 of the Most Underrated Golf Courses in the World I remember on my first trip to Scotland we drove right by the turn off for Castle Stuart – but it wasn’t on the itinerary as we headed towards Aberdeen.

Two years later I’d make it there, and after the round be bummed that this wasn’t the second time I’d experienced it. Ok, I see what they mean. The view from upper tee box on #2

I played Punta Espada this past year, and before I played it, I honestly didn’t know anything about it. When it came to the Dominican Republic, Teeth of the Dog was the only course I knew anything about.

I have no idea how this place flies so under the radar. It’s a “Caribbean Pebble Beach,” and even that may be an understatement.

The course is dramatic. Weaving out (and over) the water no less than 4 times throughout the round.

You always have something to look forward to, and the inland holes were unique and memorable as well.

Jack Nicklaus may not always get a ton of design praise from the architecture snobs, but this one is very worthy of being included among the world’s best.

Check out my recap of Punta Espada Golf Club Looking back at the stout 15th hole at Rustic Canyon.

I’ve always been a big fan of Gil Hanse’s work. Whether it’s the adventure that is Boston Golf Club, or his restoration work at the likes of Waverley CC, his courses have intrigued and entertained me.

Rustic Canyon is no exception.

When I played it, it was in *rough* shape (understatement). But the course itself?

Fun, and full of risk/reward decisions that might make it the very best value in golf.

And by the time we got to the club house to celebrate my friend Ben’s hole in one on #8? They were already closed.

Check out my recap of Rustic Canyon and my LA Trip. 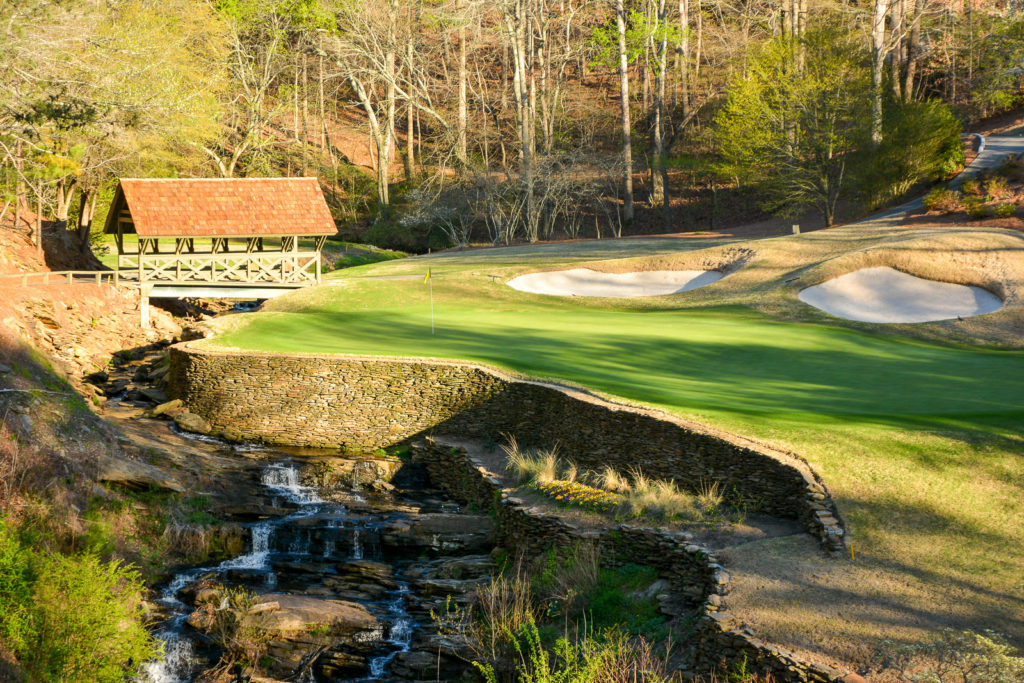 I didn’t know anything about Atlanta Country Club when I played it before the Masters a few years back.

I had a fantastic Atlanta Swing with Eighty Club members at a few different courses like Hawks Ridge and Atlanta Athletic Club – but I honestly wasn’t super familiar with ACC.

But I’d heard it was worth playing, and I was fortunate enough to be able to arrange a round.

Atlanta Country Club is one of those places that I just kept saying “how is no one talking about this place?”

It had some of the most scenic and interesting holes I’ve played as it winds through a canyon after dipping down from the clubhouse perched on a hill.

It’s one I sincerely hope I’m able to play again on the next trip. 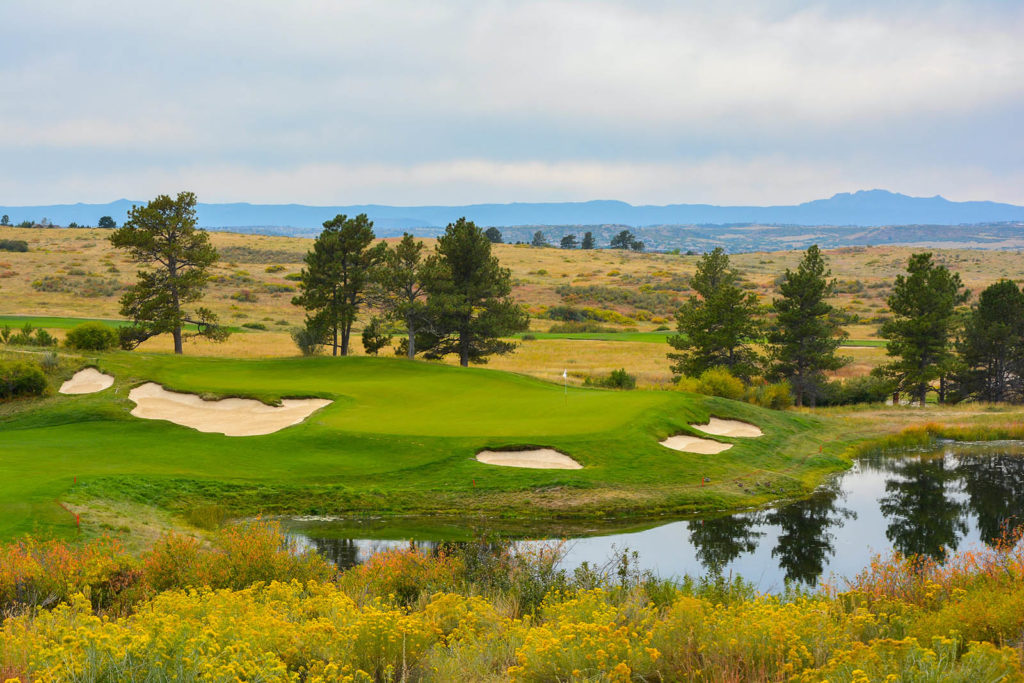 The par 3s at Colorado Golf Club are phenomenal.

I’ve always been a fan of Coore and Crenshaw courses, so when I had the chance to tee it up at Colorado Golf Club on the way to Ballyneal, it was a no brainer.

CGC may be the best match play course I’ve ever played. It gives so many opportunities for risk/reward, and it forces you to make a decision on pretty much every hole.

It’s more scenic than I expected as well, and to be honest, for as amazing as Ballyneal is, I may just like the lesser known Colorado Golf Club better.

See more of the best golf courses in Colorado. When I think of underrated courses, the Kings Course at Gleneagles is one of the very first to come to mind.

Part of it was how my round there came to be. We literally were driving through Scotland on our way to Castle Stuart, had a free day, and said “where can we play?”

Two hours later, we’re deciding between the Centenary Course and the Kings course, and I couldn’t be happier we chose the Kings.

While you may scoff at the idea of playing a non-links course in Scotland, trust me, you shouldn’t.

James Braid’s phenomenal design takes you up, down, left, right – it felt like I was playing an old school Macdonald course.

It’s one of my favorites not just in Scotland, but in the world, and it deserves more cred than it gets. Aspen Lakes is the least well-known course on this list. It’s not some architectural masterpiece, and aside from teetering on the outside of Golf Digest’s Best in Oregon list, you won’t see it on many top 100 lists.

But I love this course. I’ve played it at least 25 times, and I honestly never get sick of it.

None of the holes are repetitive, it’s in a spectacular setting perched below the Three Sisters mountains, and the red sand cinder cone bunkers are unlike anything I’ve seen.

Add the extra pop you get due to the elevation, and you’ve got what I believe is one of the most underrated courses in the Pacific Northwest.

If you go to Bend and play the names (Pronghorn, Crosswater, Tetherow) do yourself a favor and pop over to Sisters to experience Aspen Lakes for yourself. Again while it’s hard to say a course in the top 100 world rankings is underrated, in the case of Bandon Trails – I think it is.

Trails is my personal favorite course at Bandon (and it was my favorite even before it became the first course I broke 80 on.)

While most people visiting Bandon come for the water views, they’d be missing out on such a unique routing (dunes to meadow to forest and back), and one of the best golf experiences you can find. The 8th at Pasatiempo in Santa Cruz, CA.

Pasatiempo is special for a lot of reasons, but one of the biggest is because it’s one of the easiest Alistair Mackenzie courses the public can access (not to mention one of his best!).

I knew Pasa would be good. I wasn’t prepared for just how good, and how difficult it would be.

From the opening tee shot you know you’re in for something special.

Whether it’s while you’re cursing your ball rolling all the way back off the green on 5 or shaking on the short, but knee knocking par 3, 15th hole – the one thing that will never change is the smile on your face throughout it all.

Next to Pebble I think it’s likely the 2nd best public course in California and is worth going out of your way to play (as I have…twice). The Redan at Yale

There really was no other course that was close for me in this list.

Quite simply, I believe Yale is the most underrated course in the world.

It’s an original Seth Raynor with excellent template holes (including what might be the best biarritz in the world).

As far as I can tell Yale doesn’t get the love it deserves for one simple reason (ok maybe two).

But the main one being is the conditioning is usually pretty rough. The course hasn’t been in great shape (by traditional standards) either of the times I’ve played it.

If Yale were maintained to the same level that many private courses are these days, I’d bet you would find it consistently listed among the best courses in the world.

The only other knock is the highly questionable 18th hole, which feels like it plays up over the top of a mountain and back down again.

But when it comes to courses that should get more praise than they do? Yale is it for me.

Want another list? Check out my personal top 100 golf courses in the world.

Also check out 10 of the best golf resorts you’ve never heard of.