The small state of Connecticut certainly gets a bad rap in the golf world, especially when it comes to top 100 courses. With the exception of the Golf Course at Yale – rarely do you see other Connecticut golf courses make top 100 lists.

That being said, this is not a golf state to sleep on.

Some of the top municipal courses in the country reside in Connecticut, one of which, Wintonbury Hills, was built by Tom Fazio. It’s one of the only municipal Tom Fazio designs in the country as far as we know. It’s a fantastic course, full of great holes and meanders through rolling hills, woods and rivers.

Shennecossett Golf Course is another municipal that is famed for being the only public Donald Ross course in the state.

Want to spend your time at a resort?

The best golf resorts in the state are right by each other at the state’s two casinos. Foxwoods Resort & Casino lays fame to a 36-hole golf facility called Lake of Isles Golf Club.

The South course frequents the top in the best in states is private, but the North course isn’t too far behind and is open to resort guests and the public.

The other casino, Mohegan Sun Resorts, is home to Mohegan Sun Golf Club. Both resorts are tucked in the southeast corner of the state, near the Rhode Island border. Both casinos are some of the biggest in the United States and there are plenty of amenities outside of golf to make this a great destination as a Connecticut golf resort. The state is host to a PGA tournament annually at TPC River Highlands for the Travelers Championship. River Highlands is a private course, and surprisingly it only appears on one list, coming in at #7 on Top 100 Golf Courses – Best of Connecticut list.

THE BEST GOLF COURSES IN CONNECTICUT 2022

These rankings are averages of the Best in State Rankings from Golf Digest, Top 100 Golf, Golf Magazine and Golfweek. For ties, where possible we ranked based on our personal experience.

To be included there needed to be a minimum of two inclusions in one of the publications listed above, and if there was a course with only one, and I’ve played it, I added my own vote to make this list.

HOW OTHER PUBLICATIONS RANKED THE TOP GOLF COURSES IN CONNECTICUT

If you’re anything like us, you can never get too many opinions about golf courses when you’re trying to plan a trip. So we wanted to include the lists from other publications as well.  This way you can get a sense of where everything stacks up.

Below you’ll find the current rankings for the best in state across some of the biggest golf publications. The idea was to not only include the composite ranking that you see above, but also give you one place where you can find all of the major information you’re seeking out when it comes to the best golf courses in Connecticut.

The only current course on one of the major top 100 lists is the Course at Yale, which comes in at #46 on the Golf Digest Top 100 public list.

That being said, Yale is also on the Breaking Eighty Top 100 list at #31. This is the list of my favorite courses I’ve personally played. 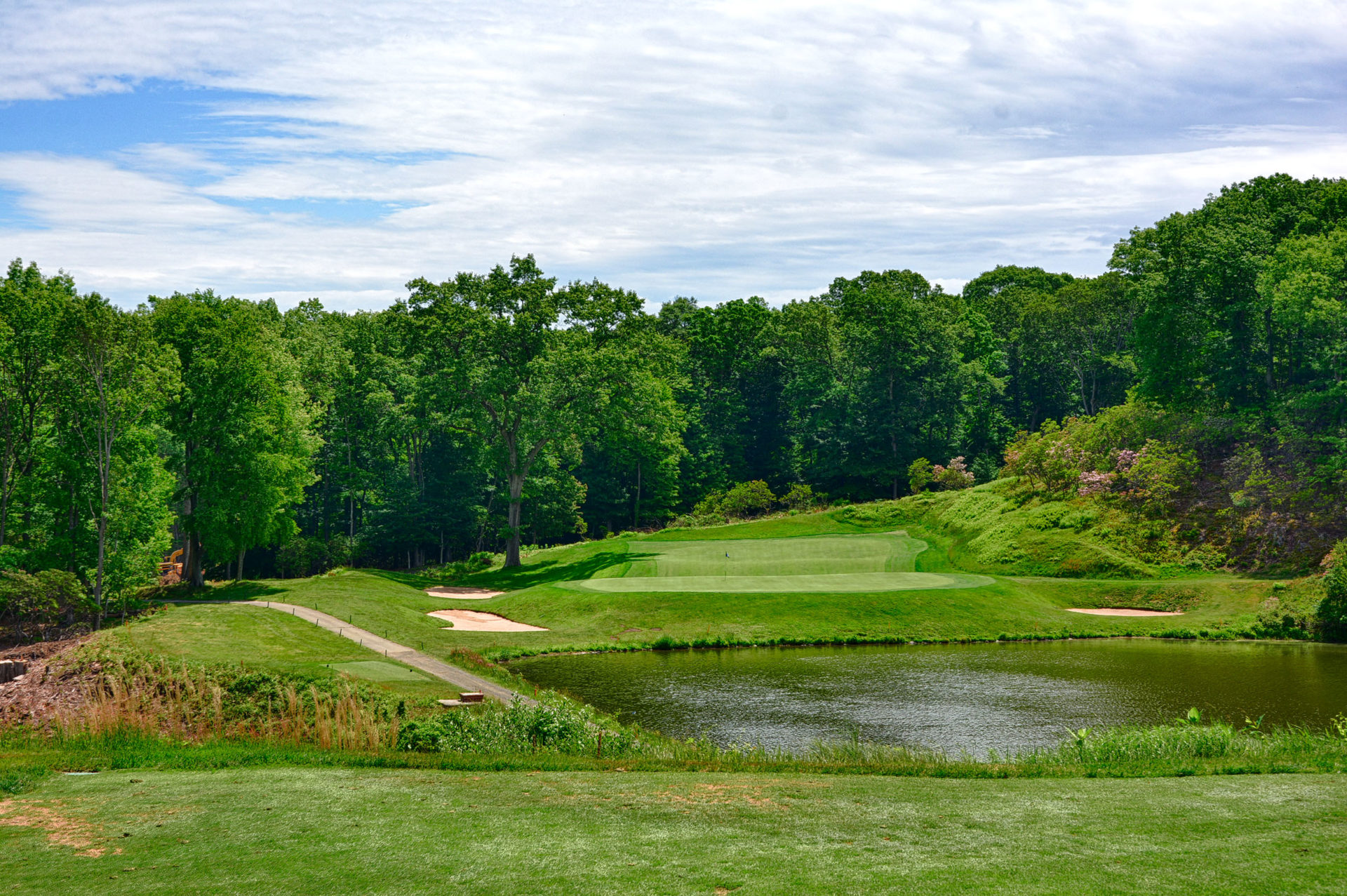 The famed Biarritz hole at Yale

Country Club of Fairfield has been on previous Top 100 lists, but is not on one currently.

In this section, we’ll look at a handful of “Dream Itineraries” to consider if you’re planning a trip to Connecticut.

Foxwoods and Mohegan Sun are two of the biggest casino resorts in the country, and they happen to be found in Connecticut.

Between the two there are 36 holes of resort golf, and 18 holes that are reserved for private play.

Two of the biggest casinos in the country with 36 holes of resort/public access and 18 holes of private access, there is no doubt that a great weekend is to be had at Connecticut’s Foxwoods Resort & Casino and Mohegan Sun surely make for a great golf trip, with plenty to do once the sun goes down.

Both resorts are close to each other, so you could easily knock out both courses in one long weekend. You have the added benefit of all of the other amenities offered at both resorts, so this could be an excellent place to get away with your friends, and play some good golf in the process.

Other courses to consider on this trip would be Shennecossett Golf Course, or if you have the access, Fox Hopyard which recently went private.

Hartford is an easily accessible city with a major airport nearby and a number of public and private tracks in the metro area.

Recently renovated, Keney Park Golf Course tops the public courses in the state and can be found on a number of top municipal course lists in the country. The greens were recently re-done and are stand-out features, as well as church pew bunkering.

Not far up the road is Wintonbury Hills Golf Course, another municipal course that ranks highly amongst municipal courses across the country. A Pete Dye design, this course blends forests, parkland, and even some links style holes to create a unique vibe. The greens play quick and are challenging, but the course overall is very fair. You could make the argument this is one of the best values in the state.

Great River Golf Club is a semi-private golf course not far from Hartford that boasts pristine conditioning and beautiful holes along the Housatonic River. The course is home to Sacred Heart University men’s and women’s golf teams and frequently tops the state’s best of for public courses. If you are in the New Haven area, this is a must-play.

The Golf Course at Yale is likely the top public course in the state depending on who you talk to. It’s a bit of a long shot to call it a “public” course as you have to have a connection to the university to play.

Going into 2022 it will undergo a complete restoration effort by renowned architect, Gil Hanse. The course has also been limited to Connecticut residents during the COVID pandemic but will move to a daily-fee model once after Hanse completes his renovation of this classic Seth Raynor and C.B. McDonald design.

If you look at the rankings, most of the best golf courses in Connecticut are private. That said, if you have the connections you can play some world-class golf in the state.

Along with Yale, the lineup we’d consider would be:

Every state has a few under-the-radar courses that people on a national level usually haven’t heard of, and Connecticut is no different. OTHER NOTABLE COURSES NEARBY

For most of us, you’re probably not taking a dedicated golf trip just to Connecticut considering how close it is to so many other states (and fantastic golf courses).

A great example is Westchester County.

It’s only a 16-minute drive from Greenwich, Connecticut to Winged Foot. Add a minute more and you’re at Quaker Ridge.

So despite a shortage of “Top 100” courses in Connecticut, you can very easily travel close by to some of the world’s best courses.

That said, here are a few tracks worth playing that are a stone’s throw from the Connecticut border: 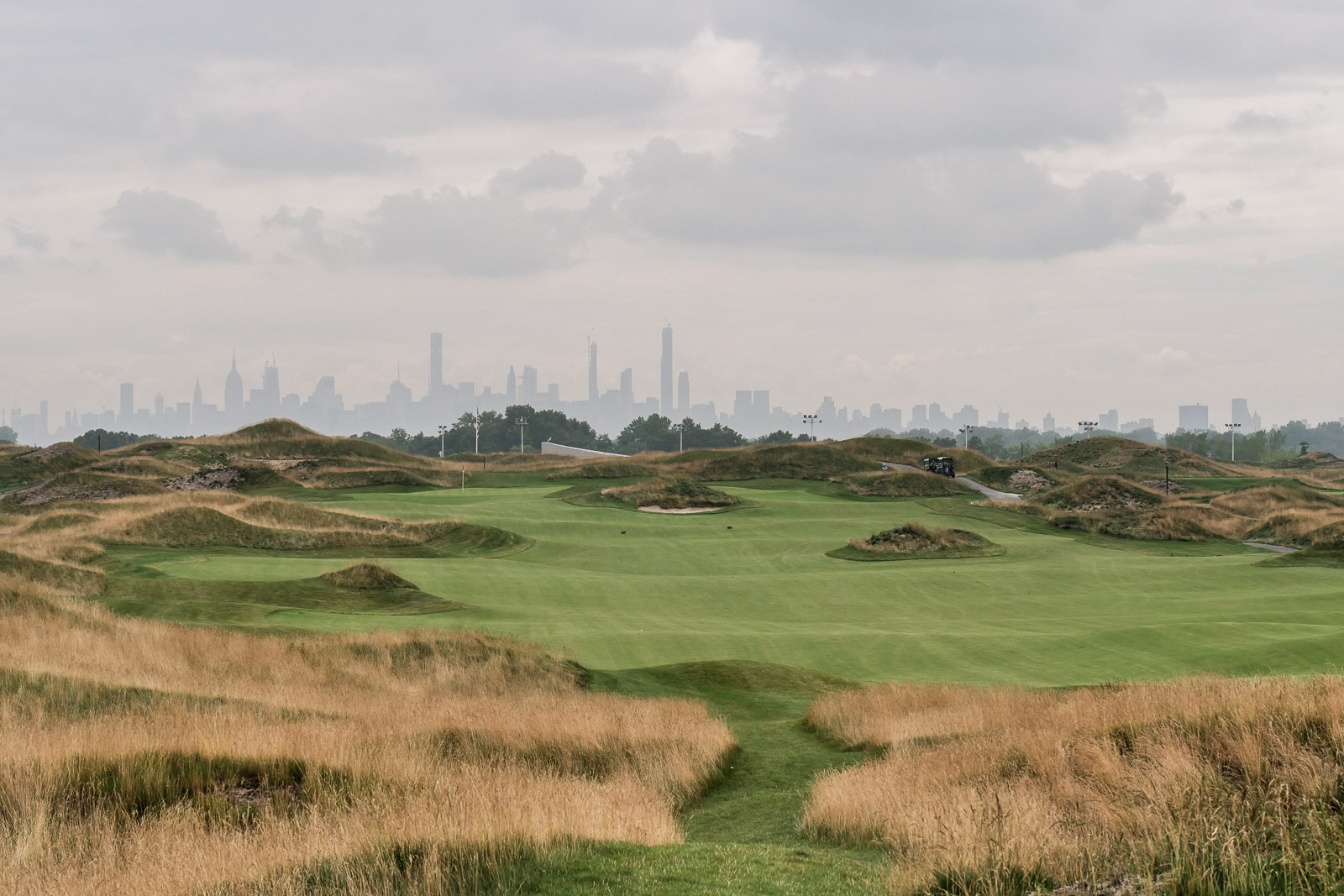 Safe to say there are certainly plenty of options to head into other neighboring states for fantastic golf. Whether or not you can access them is a different challenge.

Looking for More Best in State Rankings? We got you.

Check out more of our “Best in golf” content.

Member of a private club and love to travel and meet other golf nuts? Check out our Eighty Club Golf Society.