Aronimink Golf Club: Is it the Best Golf Course in Philadelphia?

Second to Merion, Aronimink Golf Club is probably the club I was most familiar with before heading to Philadelphia.

It’s always on the back end of some of America’s top 100 courses lists, and it’s widely regarded as one of Donald Ross’ best courses ever.

So much so, that upon returning two decades after building it, he said: “I intended to make this my masterpiece, but not until today did I realize I built better than I knew.”

Aronimink Golf Club is straight-up one of the toughest golf courses I’ve played. The rough is thick, the holes are long, and the par 4 opener is one of the most difficult starting holes you’ll come across.

And it’s only gotten tougher.

A year after I first played it, the club enlisted Gil Hanse to do a restoration that added bunkers and made the course even more challenging.

What to Expect When you Play Aronimink Golf Club 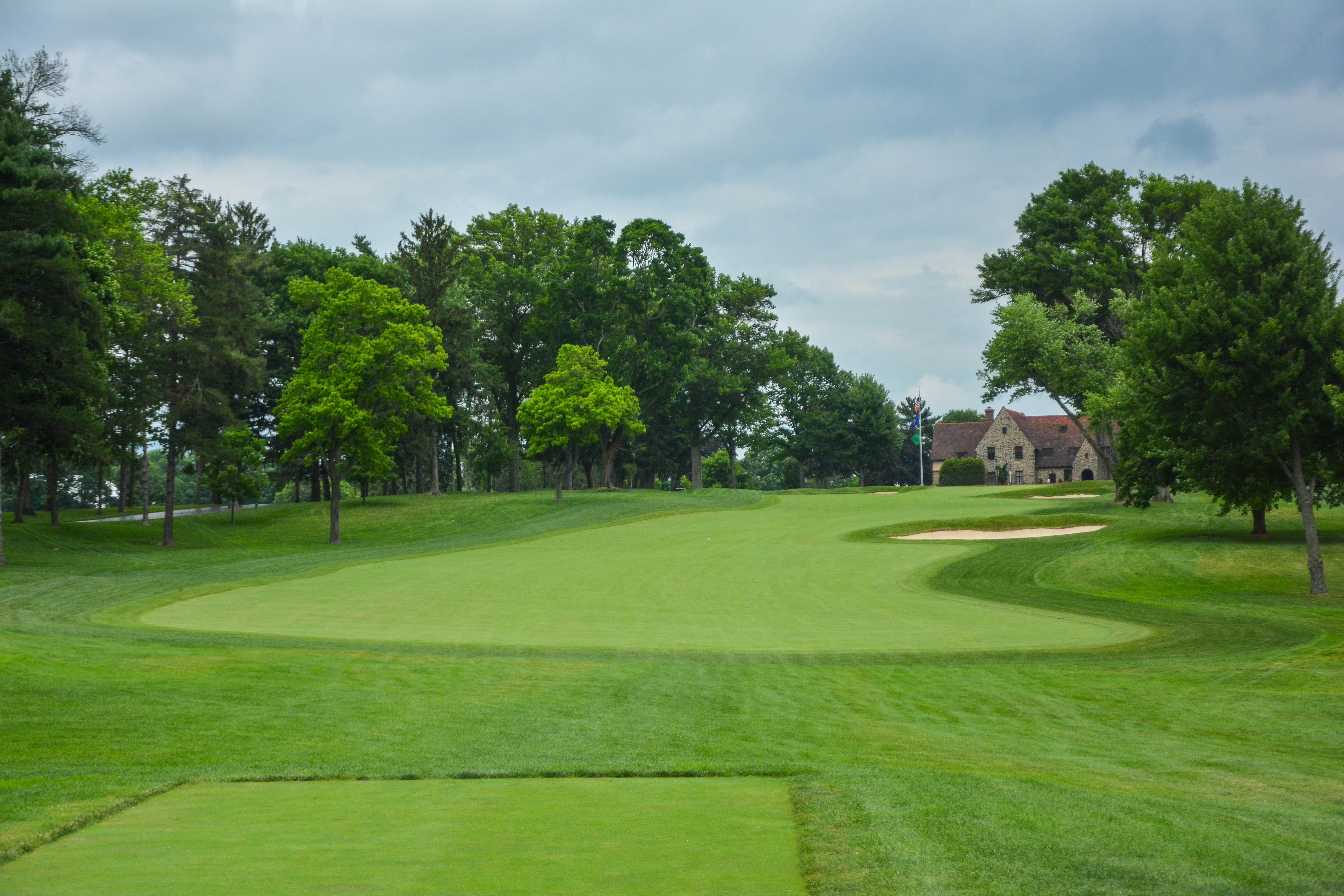 The 18th at Aronimink

Aronimink is known as the “old money” club, in what felt like a city full of old money clubs.

The club features a nice long driveway, and of all the golf clubs we played at, this surprisingly seemed the most family-oriented.

They have a beautiful old clubhouse, tennis facilities, and a fantastic-looking pool. It very much feels like the kind of place you’d want to be a member if you had a family and lived in this part of the city.

The weather report had said we were supposed to get completely washed out the day we were going to play.

Because of it, we showed up and a few of the members said there was no one on the course.

This was perfect considering we had a 12pm tee time, and I had a 6pm flight.

Aronimink Golf Club used to host Tiger Wood’s annual event, and it’s recently been announced that it will host the 2026 PGA Championship. It also hosted the 2018 BMW Championship right after Gil Hanse came in and did a masterful job with his restoration in 2017.

It’s definitely a championship-style course, but we still found it to be playable and enjoyable from the middle tees (about 6500 yards).

That said, it stretches to 7200, and with some wind, I’d be afraid of this course.

We got out half an hour early and had time to change and enjoy a shower before heading to the airport.

Not quite the showers at Merion, but definitely above average!

Being our last round of the trip, it’s amazing how well everything worked to our advantage. I looked out the window of the plane before we even left the gate and watched the skies open up and a deluge of water started pouring down on the tarmac.

To have no rain all week, and then watch this, we felt very fortunate! 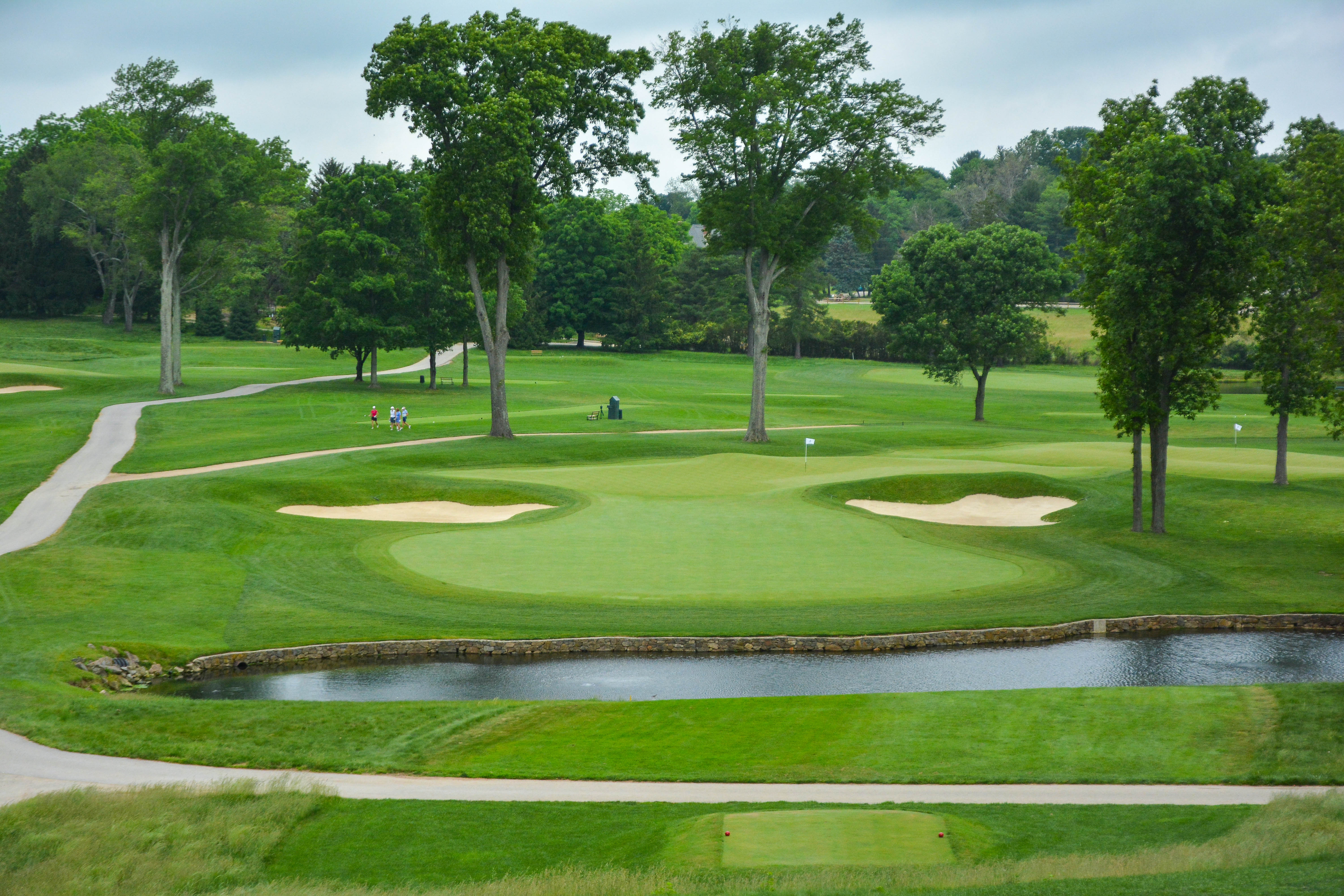 The par 3, 8th at Aronimink

Here are a few photos from our round at Aronimink: The 18th at Aronimink Golf Club.

Check out the Other Philadelphia Rounds We Played: